This book now has a new title, (Guardian of Eden) and a new cover. The first cover is the new edition, the second is the old edition, and is the one I read.
Paperback, 218 Pages
Published by (Solstice Publishing) on March 17, 2011
[Author's Site] [Buy it]


Summary- What would you do if you had one chance to kill the man who raped your twelve-year-old sister?
No judge. No jury. No witnesses.
Seventeen-year-old child prodigy, Garrett Anthony has to answer that question. As he holds a gun to the head of his sister's rapist. he flashes ack to his traumatic past: five-year-old in a foster home, seven-year-old stealing food to survive, and sixteen-year-old visiting his black father in prison for the first time.
After years of fighting to secure a stable life for him and his half-sister, he finally has a scholarship to a prestigious Washington DC private school and the love of a Virginia senator's daughter. But this newfound and tenuous happiness begins to unravel once he reveals the family secret which is the catalyst to the painful decision he must make. Can he take the life of someone else and continue to live with himself?

My Review- AAAMAZZZINGGG! I seriously 100% love this book. The love that Garrett has for his little sister is unbelieveable. I couldn't stop reading this book. It is incredible. I wanted to know what happened next, the entire time. This has probably become one of my new favorite books. I can't say enough good things. LOVE IT! Highly recommended. 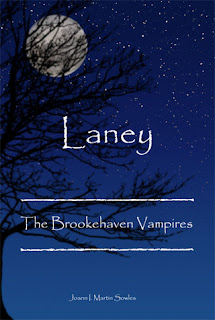 Summary-What would you give to be with the one you love? Would you give it all including your life?
...his hands on my back pressed me against him. This kiss was different, desperate almost. HIs lips left mine and gently, verly lightly traveled across my cheek and down to my neck, hovering there. His cool breath sent chills through me, awakening feelings I didn't know existed. His lips softly kissed my neck, and then I felt two sharp pricks. I gasped....


Review- You will either love this book, or hate it. It is very much like Twilight, until it reaches the middle/almost end, then it becomes its own, but I personally LOVE it. I could not put the book down...I kept wanting to read more and more, so I am so glad this is a series, and can't wait for the next books! It is so suspensful and keeps you on the edge of your seat. Whats going to happy next??? 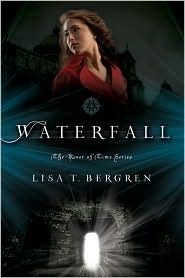 
Summary- Most American teenagers want a vacation in Italy, but the Bentarrini sisters have spent every smmer of their lives with their parents, famed Etuscan scholars, among the romantic hills. Stuck among the rubble of medieval castles in rural Tuscany on yet another hot, dusty archeological site, Gabi and Lia are bored out of their minds...until Gabi places her hand atop a handprint in an ancient tomb and finds herself in sixteenth-century Italy. And worse yet, in the middle of a fierce battle between knights and two opposing forces.
And thus does she come to be rescued by the knight-prince Marcello Falassi, who takes her back to his father's castle- a castle Gabi has seen in ruins in another life. Suddenly Gabi's summer in Italy is much, much more interesting.


Review- Pretty much amazing book. It is so cool to learn things about past times, while reading such a great book. I really did not want it to end, and am so excited to find out what happens next in the two next books! The love story is not cliche, which I love. It is great to show how brave and tough girls really can be in any given situation! Oh, and the cover is gorgeous! 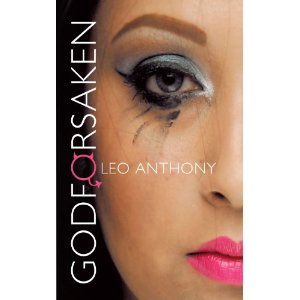 
Summary- In Godforsaken Sophia is the creator of the universe and everything in it. She roamed this planet with nothing except the four elements. Throughout centuries of loneliness, Sophia began creating life to enjoy all the natural splendors; but something unforeseen happened. Among her many creations, SOphia was overcome by a strange feeling, it was love. Sophia ended up falling for one man she could not control. Despite their opposing natures, Sophia and Lucifer gave their love a try.
As time went on, Sophia grew distant, but not by choice. She had an obligation to preserve humanity, after the success of latest creation, humans. Lucifer grew weary of humans, feeling jealous of the attention they were receiving. In a desperate act of love, Lucifer killed the first humans Sophia created, and the result was contrary to what he had hoped. Sophia left him, bringing on the ice age through the coldness of her heart.
As time went by Sophia traveled the Earth protecting her creations from her devious ex, avoiding all possible contact with him. One day Sophia unexpectedly bumps into Lucifer, and the reunion brought up a mixture of feelings. Though she was able to suppress her love all these years, the lack of his presence made it easy; but seeing him again left her in emotional turmoil. She was left with a crucial decision should she give the man she loves a second chance. Could the world survive without a god, or can someone survive without love? Her decision wold have tremedous repercussions; we'll get to see what happens when god puts herself before everyone else. 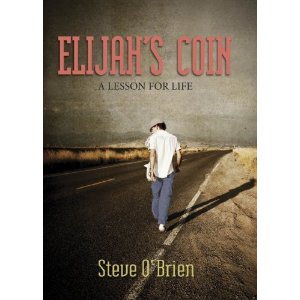 
Summary- Elijah's Coin tells the story of Tom, a young man who has suffered a tragic loss and is spiraling out of control. Angry, anti-social, and rapidly descending into a life of crime, Tom seems lost until he encounters the mysterious night watchman Elijah King. With a strange coin Elijah has given him, Tom sets off on a journey of self-discovery. Through coming to know others whose lives were also transformed by meeting Elijah, Tom begins to find himself. Still, he felels desperate to locate Elijah again- a quest that ultimately leads to a shocking discovery.
Part two of the story shows how Tom lives the message he has learned, learns to trust his own instincts, and becomes a mentor to other individuals on the verge of being "lost." A serious conflict between his new values and a thirst for vengeance arises, however, when Tom finds himself face-to-face with the darkest figure from his past....

My Review- Such an inspirational book! It really makes you think about life, and how important it is, and to make it worth your while. It is sort of like a manuel to life. I love how just one man changed so many lifes, and made people come together, to help each other out. It is a really short read, but absolutely amazing!

Perfection at it's finest. 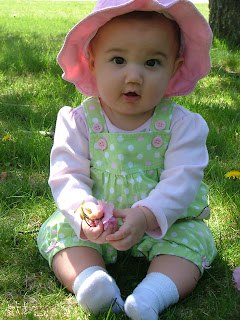 samajama27
My name is Samantha. I am a 22 year old stay at home mom(for now). This blog is where I post about my life, book reviews, beauty products, etc. If you are an author/publisher and would like your books reviewed, email me at samajama27(at)yahoo(dot)com